A downloadable game for Windows, macOS, and Linux

Toss your head around, roll out!

The game is mainly developed for Windows with a keyboard and mouse setup, but there is support for gamepads as well.

The game as it is now is only a slice of what we have planned going forward. As such there may be some bugs and lack of polish during gameplay. But we try our best! On the bright side that means there's still a lot more content to come!

windows is trying to protect me from this game

I really like this so far! Keep up the great work! Only issue is I got stuck early on. After following the sign down into the market area and starting the first level, I went north and the door closed behind me.

There were candles and colored pencils in the room. I killed all of the enemies but nothing happened. I saw another door north but it didn't open. I kept hearing what sounded like an enemy attack coming from the other side of it but not the enemy itself.

So I don't know if that was a bug and the doors were supposed to open or if there was something else I was supposed to do that I missed. Either way, cool game!

this game is great

I'd really like to see multiplayer in this game, It'd be a cool addition.

I really like the game, although it's strangely blurry. don't know if that's my resolution tho

Thanks!
You could try lowering the bloom amount in the options and see if that helps the blurring. (The slider sometimes doesn't show the correct amount so you'll need to move it once for it to apply)
What resolution are you running the game at?

Could you release a Mac version?

We could give it a try!
It might be extra buggy though since we don't have a mac to test it on.

I could run tests for you

We just released a mac version, feel free to try it out!

Love the vibe of this so far!  I'm having an issue where reading of the signs after the 'tutorial' area results in not being able to do anything and having to restart.

Yeah several people have report the same issue, we're looking into it right now. We'll post when the fix is going up on our Discord :)

You can try to download the game again now, the fix should be up ^^

It looks really great. Will probably try it once it is released.

OK I got to the sign that says "this sign is trying to entice you to spend money on it" and I can't get it to do anything beyond that...

Hello, thanks for the notice! We just updated our game and the issue should now be fixed!

Amazing game, very fun to play! The artstyle and music are great! Keep up the good work :D

Holy hell, this is quite a little gem! It's not often that I see a mechanic that is so versatile and fleshed out! I think the action is fantastic, but the boss fight could use a slightly more zoomed out camera and I think the art style would really benefit with just a little bit more contrast, vibrance and saturation. But overall, I was pretty much floored by the versatility of the right click. Well done!

We're so happy you like the game and we'll take your feedback to heart. Zooming out the boss is a great idea, we'll try it out! We are still developing the game and so the art is still subject to change. We hope you'll retry the game when we update next time ^^

Didn't get too far, because of some bugs though^^

That skeleton protector that adds/refills health filled up to 5 heart (I had taken some damage at that point) but I died at the boss with 2 hearts left.

Also I got stuck with some electro effect on my dice. I could not use any regular attack, only throw that (AC/Dice?) it only ended to be bugged once I used another ultimate after rerolling(death/respawn), the electro effect was stuck on the dice though (and the buzzing sound won't even stop when the game was paused).
Good luck with further development :D

Hmm, the item-health bug has popped up in some other players games as well, we'll look into it and the AC/DieC bug. Thanks for telling us ^^

a good day to die

Listen to the Queen! :D

Thanks for the video!

The game is in a very early stage right now, but we're working on getting a new update out pretty soon.  You can follow us on Discord if you want to see what we have planned for the game and things to come :)

i really like it. it reminds me of issac. i'll gladly help you if you need something

We're going to release a big update soon, keep up to date on our Discord if you're interested!

Hello! I loved your game, it has such a cool concept, great art and super fun gameplay! I can't wait to see where you take it as this game has tonnes of potential and I wish you luck in its development! I made a let's play of your game here~

Thanks! Happy to hear you like the concept :D

yeah we are continuing to develop AGDtD and if you want you can follow the us on Discord for updates! Right now we are fixing some of the major bugs and nailing down the general game feel, and we'll upload a new build soon with these updates. Stay tuned!

It's a fun little game and it rememinds me a ton of Binding of Issac! Gameplay wise, most everything feels really solid and I love the mechanic of your dice roll determines your power in each room! The only problems I have are that the game is stuck at a bad resolution, I can't even read the tutorials because they're off the screen and there's no option to change it. The map generator also could use some work, I kept running into doorways that were actually just walls and at one point I just couldn't get through a doorway that wasn't blacked out but then my head just started levitating through it so I threw and just teleported to it so I could get through (pretty nice when 2 bugs cancel eachother lol). and my last thing, probably the only real problem I have is that there's no background music. I makes the downtime when you have to run around to find another room very boring to just be in silence. But I understand this game is a very early build and I'm sure those things will get pathed in time, just wanted to bring them to your attention. I had a blast playing though and I'm looking forward to playing more in the future! Made a video, I hope you enjoy!

Thanks for the feedback and the video! We're glad you enjoyed the game and we'll look over the map generation and the physics of the dice head ^^

Regarding the resolution problem, what resolution are you playing in?

Great game with great potential! You made a cool concept that's fun and enjoyable.

All in all great game, by all means not a pro test player or anything so take everything I said with a grain of salt. I'm sure this game will get better.

Hey! Thanks for playing and for the well structured feedback!

The gripes you have are quite valid and we'll be working on ironing them out for sure!

Could you elaborate on what you mean on spinning the ability dice more than once?
As in, you'd like to be able to spin the big dice more but maybe with an increasing risk factor? If so, intriguing idea, that's something we could definitely explore! :D

Why this is not called  "A Good Day to Dice"?

We actually discussed this! But ultimately we went with "Die" because of the "die and retry" nature of roguelites and roguelikes :)

Nice, I also like "A Good Day To Die" a lot, so i can see why you guys chose this one.  Very cool game.

A singular of dice is die, so it works as both a pun and good wordplay in general. a good day to dice might make ppl think it's an entirely different game.

I really like the game but there are some issues. I downloaded the version for Windows and it's like super easy to go over a wall, like you can see in the pictures, and the other thing I think you could change is the enemy's generation when you enter a room, sometimes they spawn in your face and you take a free hit and that's disgusting. Also the minimap and the text of the tutorial is shown almost off the screen. Even all that things I think this can be an awesome game, kind regards. 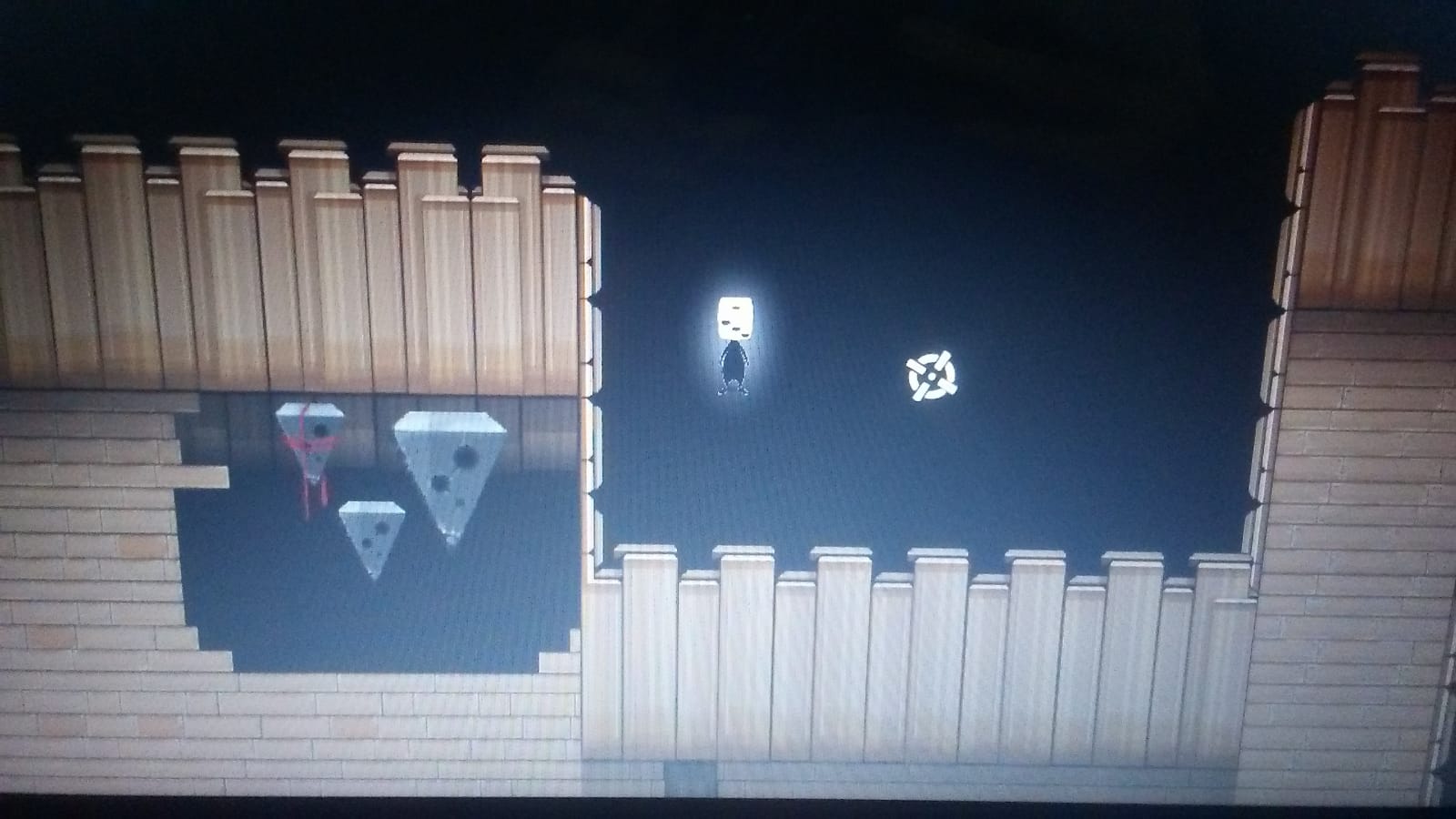 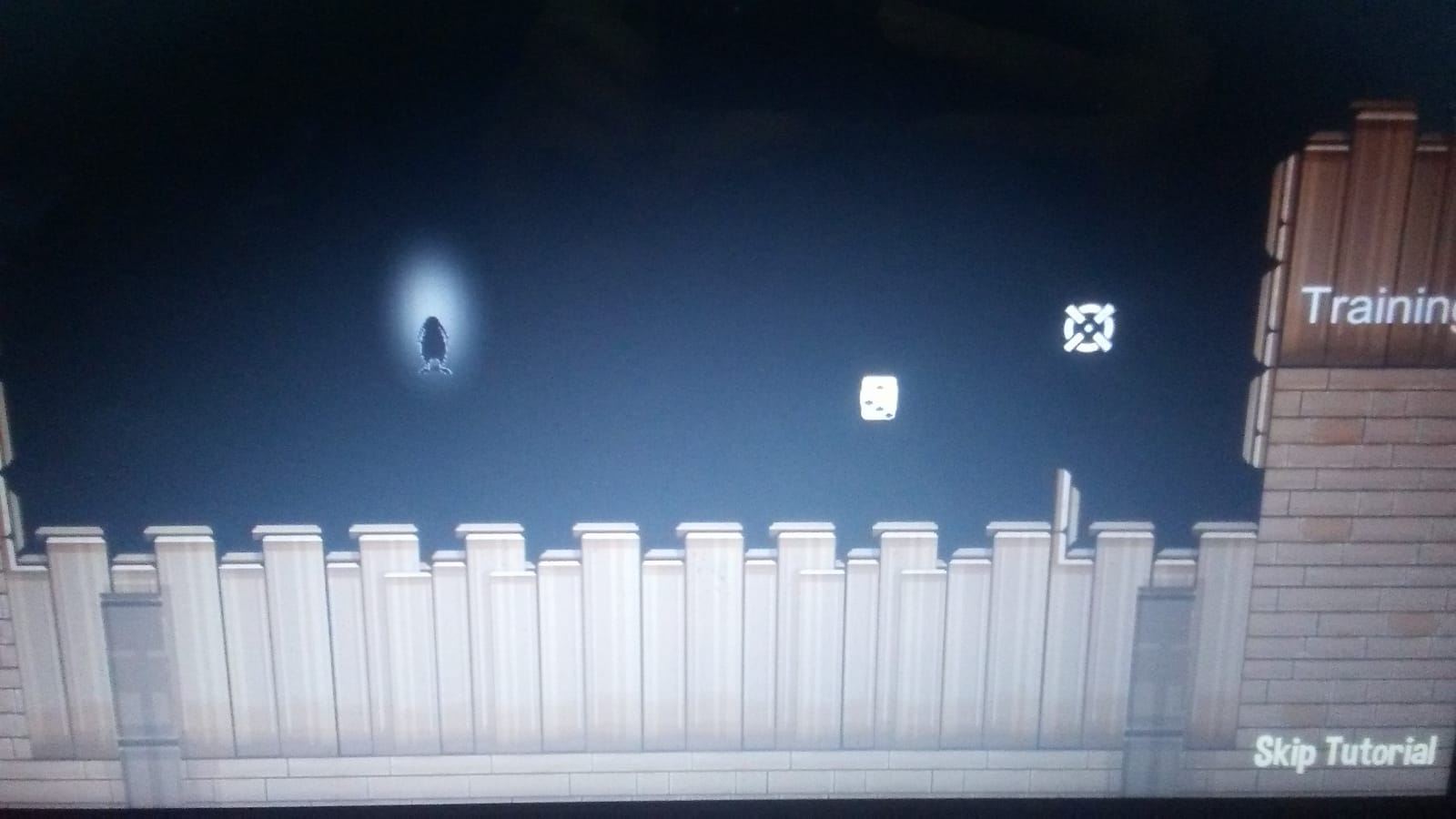 Thanks for the feedback! Since it's a very early build, there are some critical bugs that we will fix in future builds :)
Also, what screen resolution are you playing in?

Reply
Raithias4 years ago
Great game well put together, I enjoyed the short quirky back story! One little quip I ran out of ammo fighting monsters and, couldn't shoot anymore. I thought like some others i'm sure have that the game broke or, had a bug. It was mere chance I thought hey I should try to teleport to reload. Might be helpful to include that in the tutorial unless some how I missed that part.
Reply
Question Shark Studios4 years ago (1 edit)

Thanks for playing and for the feedback!
Reloading is mentioned in the tutorial but of course these things are easy to miss :D
We've thought about adding some sort of indicator to throw your head once out of ammo but we haven't quite had the time to implement anything of the sort as of yet.

Love the idea and mechanics. Very unique. Keep up the good work!

Played a bit of this on my channel! As someone who also attempted to make an action roguelike with dice mechanics, I wish you luck with this one! :P

Thanks a lot! Both for the video and the wishes :D 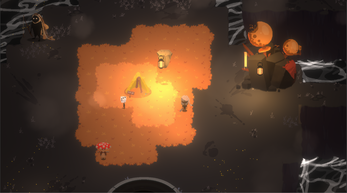 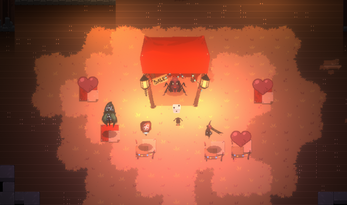 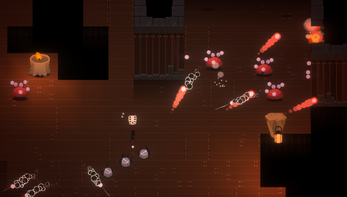 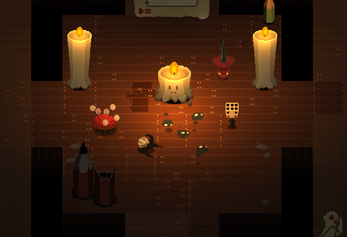 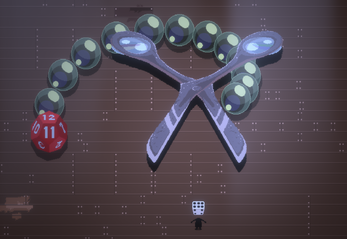 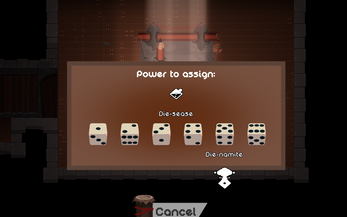